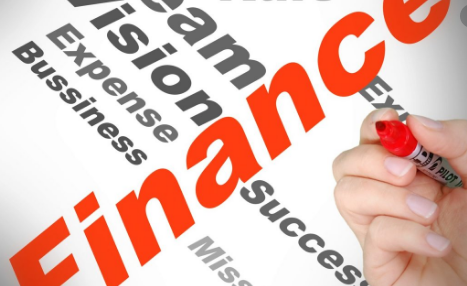 Although both sectors complement each other, the real sector is generally the first to develop its activities to a certain level. It can indeed operate without the financial sector as was the case in the barter economies of primitive society.

This function is carried out by the constraint of laws, rules and regulations. Such rules defines norms of behaviour for the participants and also determine their duties, rights and obligations. They constitute the legal and normative framework which encompasses the financial sector as well as the legal and normative environment for its operations constitutes the financial system.
By the components of financial system therefore, this means the generality of the financial agents or intermediaries that operate in the financial sector, the institutional facilities utilized by them as well as the network of regulation, rules and norms of behaviour which govern financial transactions and regular financial flows through the macro economy.

facilities for direct and indirect interaction between savings surplus economic units and savings deficit economics units.
The saving surplus units of the economic are the units with more funds than they require for current consumption. Savings surplus units are therefore the ultimate savers and fund suppliers to the system.
Savings deficit units on the other hand, are those units that intend to invest or to spend more funds than currently accrues to them. Saving deficit are the ultimate fund users.

They are fund raisers who utilize the financial system to source for funds that will meet their capital requirements.
Interaction between both groups enables fund raisers to make up for shortfalls in funding by issuing various forms of financial claims on themselves in exchange for immediate supply of funds from others. Similarly, it creates opportunities for funds suppliers to acquire income yielding financial assets in exchange for idle cash balance.
Thus the system of interaction leads to the simultaneous creation of financial assets and financial liabilities. It gives rise to constant changes in claims and counter claims to financial assets. These changes represent financial flows which lubricate the wheels of modern trade and industry.

Structure And Functions Of The Components Of Financial System

Like similar systems, the world over the American financial system approximately a self perpetuating flow of funds of various maturities. Funds originate from saving surplus economic units, which are the fund suppliers and flow to ultimate fund raisers either directly or through various levels of intervening financial agents.
The fund raisers (users of fund) invest funds sourced from the system in various types of income earning assets. But they are obliged to compensate fund suppliers with the appropriate returns in form of interest or dividend income. Moreover, fund users have the additional obligation of final settlement of the initial sums raised.

Such compensating backwards flows to fund suppliers ensures a self perpetuating system because they constitute the primary source for the further outward flows to fund raisers.
They may however, be leakages out of the financial system as well as non autonomous injections into the system. Leakages occur when part of the backward flow of funds to fund supplier is ejected out of the system as happened when the foreigners repatriates dividends or interest income. Injections on the other hand, occur when the funds either earned or sourced abroad is brought into the system and made available to local fund raisers.

The (Five) 5 Components Of Financial System

The 5 components of financial system are as follows;

the primary operators in the financial system are the fund suppliers (fund savers) and the fund raisers. The Fund suppliers are those savings surplus economic units with more financial resources than they need for their current consumption. Also, Fund raisers, on the other hand, are the savings deficit economic units.
Fund raisers in the financial sector perform services that are similar to those of production units in the real goods sector. They draw funds from suppliers to promote various forms of direct investment activities.
To draw funds, the fund raisers issues various types of instruments which represents financial claims on themselves such as equity shares, bonds, commercial papers etc.

Fund suppliers are compensated in various forms of dividends, interest, capital gains etc.
Without the primary operators, there would be no financial flow and therefore no financial system in the strict sense of the word.

It is also necessary to note that in the components of financial system; No economic unit is permanently a fund supplier or permanently a raiser of funds. Positions keep shifting. But there are net suppliers and net raisers of funds;
Financial operators are usually not confined to one role. Some financial intermediaries often double as primary participants when they raise or supply funds in their individual capacities.

There are three major suppliers of funds, they includes the following groups;