What Is a Stimulus Package?

A stimulus package is a pack of economic measures a government makes use of to boost a dying economy. The essence of a stimulus package is to recalibrate the economy and keep it from going into recession.  In this way, the country will not experience an economic breakdown.

However, the Stimulus Package comes from Keynesian economics. The argument is that recessions are not self-correcting; so government intervention can reduce the impact of a recession. It is usually an organized increase in government spending—and lower taxes and interest rates—to stimulate an economy and prevent it from getting into recession or depression. 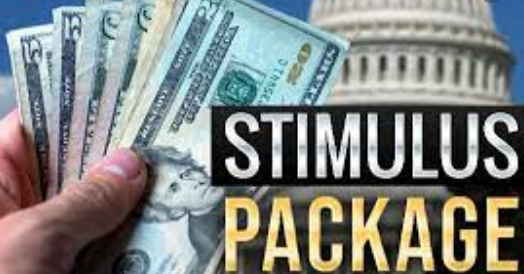 Usually, from the Keynesian economics principles, the goal is to increase aggregate demand through increased employment, consumer spending, and investment. Without this, the country will slip into recession before you even know it. . For instance, the U.S. Senate approved a lot of stimulus packages to reduce the effects of the COVID-19 epidemic in 2020 and 2021.

Consider the stimulus packages below that the government has given;

See also  Nutritionist Near Me - healthy lifestyle that keeps you from falling sick.

How do Stimulus Packages Work?

When a country experiences an economic crisis that are less devastating than the COVID-19 pandemic, a stimulus package including a number of incentives and tax rebates is usually given by a government to increase spending to prevent the country from getting into recession or to prevent an economic slowdown. It could be in the monetary stimulus or a fiscal form, or quantitative easing.

When a government opts for fiscal stimulus, it cuts taxes or increases its spending in a bid to revive the economy. When taxes are cut, people have more income at their disposal. An increase in disposable income means people have more money to spend, which boosts demand, production, and economic growth. When the government increases its spending, it injects more money into the economy, which decreases the unemployment rate, increases spending, and, eventually, counters the impact of a recession. But the bad side is that it leads to a higher debt-to-GDP ratio and many consumers hoard cash rather than spending it. When this happens, the purpose will not be achieved.

This type of stimulus includes cutting interest rates to stimulate the economy. When interest rates are cut, there is more incentive for people to borrow as the cost of borrowing is low. Whenever individuals and businesses borrow more, a lot of money go into circulation, people also save less. If the country lowers interest rates, it weakens the exchange rate of a country and boosts exports. Increased export bring in more money into the economy.

This is a type of expansionary monetary policy Quantitative easing that happens when the central bank of a country buys large financial assets like bonds from banks and other financial institutions. Buying the assets in large amounts heightens the excess reserves held by the financial institutions. This pumps more money into circulation, drives up the price of bonds, lowers the yield, and lowers interest rates. However, governments do not choose this option all the time. They take this option when a conventional monetary stimulus is no longer effective.

See also  Appliance Stores Near Me - replacing appliances without spending much

In March 2020, some countries like the United States carried out stimulus packages to cope with the coronavirus pandemic. They cut interest rates close to zero and provided stabilization mechanisms to the financial markets in conjunction with tax breaks, sector bailouts, and emergency unemployment support to displaced workers.

Also, in August 2016 the Bank of England (BoE) made a stimulus package to prevent the country from going into a recession. They adopted additional quantitative easing to drive down borrowing costs. The bank’s Monetary Policy Committee voted to purchase another £70 billion in debt (£60 billion of gilts and £10 billion worth of corporate debt), bringing its total quantitative easing program to £445 billion. Interest rates were also cut to 0.25% from 0.50%.

Due to the global recession of 2008 to 2009, a lot of stimulus packages were adopted by governments worldwide. The Americans adopted the American Recovery and Reinvestment Act (ARRA) of 2009 contained a huge array of tax breaks and spending projects. Their intention was to create a lot of jobs and quickly revive the U.S. economy. In the inception, the cost projection was$787 billion and $212 billion in tax cuts; $296 billion for Medicaid, unemployment benefits, and other program. Later, they made an additional $279 billion in discretionary spending to keep the economy afloat. By 2014, the original cost estimate was revised to $832 billion.

See also  Sheriff’s Department Near Me - protect the lives of people in your area.

What is a stimulus package?

A stimulus package is a type of economic intervention program that governments and their central banks use monetary policy and fiscal policy to provoke increased economic activity and prevent recession. They do this when the country is about to enter recession or just entered it. However, we don’t have any proof yet as to whether this works.

What is the difference between monetary and fiscal stimulus?

Monetary policy is an action of a nation’s central bank. An example include a reduction in interest rates. When banks reduce rates, it reduces the debt burden on businesses and households and encourages more debt-based spending. Fiscal stimulus is government action. It includes an increase in public-sector employment, investing in new infrastructure, and providing government subsidies to industries and individuals.

A lot of people believe that stimulus packages cause inflation as they increase the amount of money in circulation without increasing the economy’s productive capacity. So inflation happens when more money chases the same quantity of goods and services. However, developed economies including the United States, Canada, and Japan have practiced large-scale stimulus packages without seeing an increase in inflation.

I hope you got value, keep your questions in the comment section.